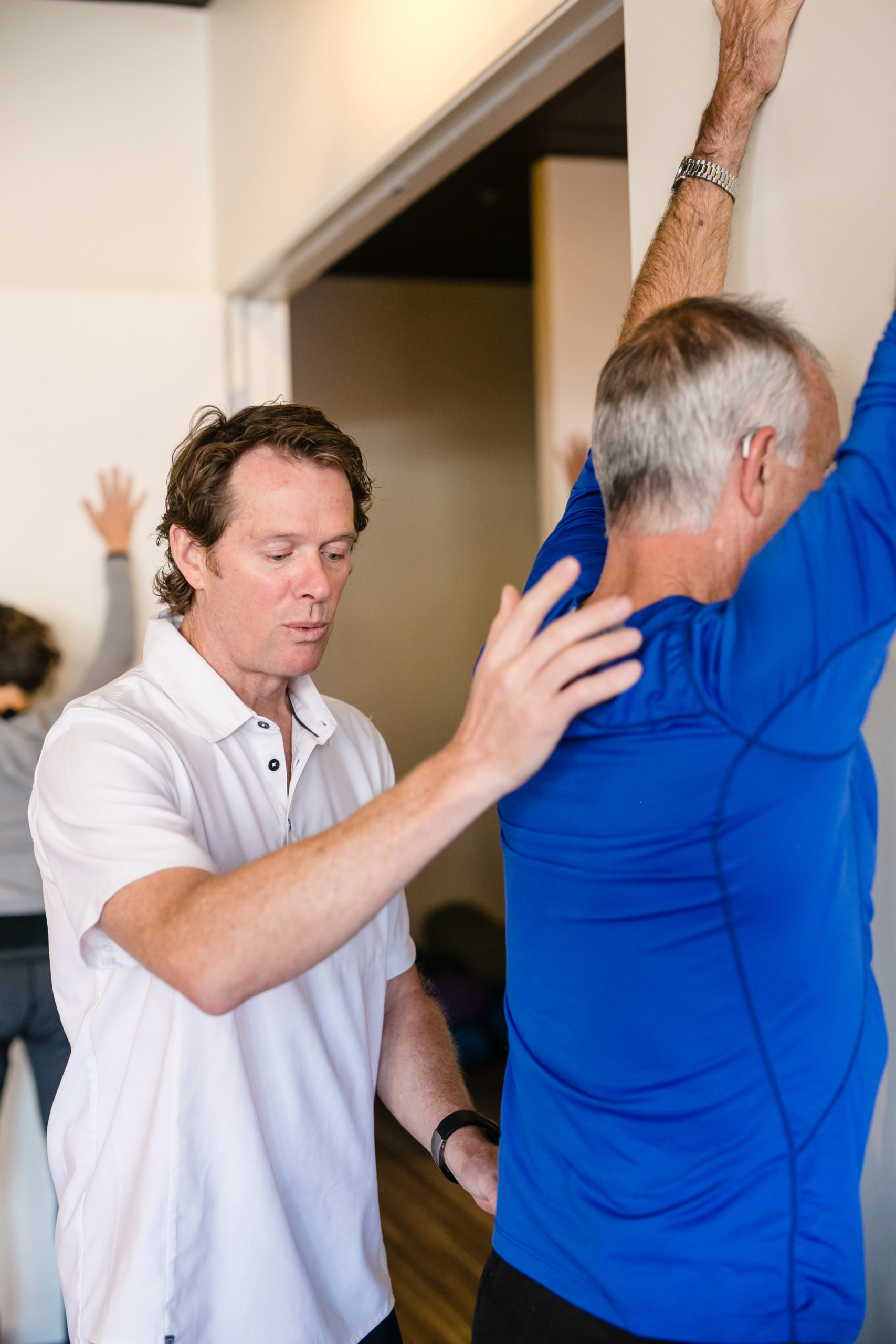 I’ve long-resisted writing an article with the title “Yoga for Seniors.” Why?

Because it implies that we have to alter the yoga practice for someone because of their age and “ability.” What the heck does that mean? In the world of Avita Yoga, these two characteristics have no bearing at all. Avita meets every student in precisely the right “place,” regardless of age or ability! It’s not uncommon to see a young man (late ’20s or so) struggling in a class surrounded by students in their 50’s, 60’s and 70’s! How could that be?

Most of the yoga today focuses on getting better at yoga. The premise is that if I can get better at doing yoga and make the “poses” look better, then someday the magic will happen, and I’ll feel better. It puts the benefits into the distant future, and yoga happens here and Now (Yoga Sutra 1.1). Avita Yoga takes this to heart, and we use the yoga shapes to reveal the restrictions and the patterns that work against us. We reduce the forms to the lowest common denominator that reveals the problem no matter who you are! Age is irrelevant, and if you don’t believe that, then please try a class!

“Yoga for seniors” does not work because it takes a pose-driven practice with the wrong goal and waters it down to make it easier to accomplish.

Think about it. It makes sense, but it doesn’t work. It doesn’t really even work for those who can because they are pushing their bodies into extreme shapes. The loose parts get looser, while the patterns and problems remain hidden only to reveal themselves decades later. Such is life, but if we slow down and truly ask for a better way, it will be given.

According to some measurements (and the mail I get these days), I’m a senior citizen. Yoga has been my life since age 20, and I’ve seen it all and tried most of it. I founded Yoga Loft and later Avita Yoga as a way to safely and confidently take care of the many who would benefit from yoga the most, regardless of their age and ability. It’s worked very well for me, and I’d like to show you how well it can work for you–either in person or online.